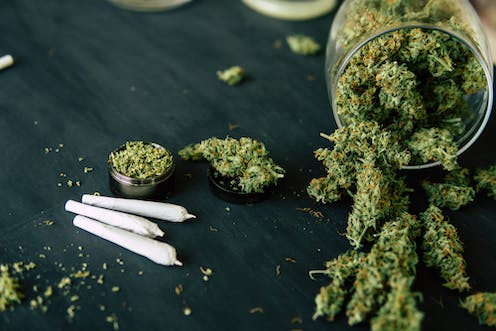 Cannabis, also known as Marijuana or weed is a substance derived from a plant known as Cannabis Sativa (hemp). The substance is derived from the dried flowers, stems, seeds, and leaves of the plant.

The cannabis product is usually used for leisure, medical purposes, and in some cases for religious and spiritual rites. It can produce a pleasant and soothing effect, and at times treats the symptoms of several ailments.

Cannabis can be used in several ways. It may be smoked, consumed in foodstuffs such as candy, cookies, and brownies, brewed as a tea, eaten raw, taken as a capsule, or in a supplement. It can also be applied as a topical remedy. Some components in cannabis are psychoactive, altering the mind from its usual state. The strength and balance of this substance may change depending on how the plant is grown and processed.

On medical grounds, the drug is known to assist in the management of persistent pain in grown-ups, nausea, and vomiting that arises from chemotherapy procedures, and also soothe some symptoms of multiple sclerosis. It is also known to help rectify or lessen some form of sleep disorders, loss of appetite, and anxiety.

A person using cannabis may experience a feeling of elation and relaxation. One may also perceive alterations in time, color, and space. It also increases appetite and one tends to feel more talkative.

Despite being a largely abused drug, many nations are now legalizing marijuana for recreational or medical reasons. However, it’s possession is considered illegal in several countries.

It is notable that more elderly patients now discuss the advantages and disadvantages of medical cannabis with their medical doctors to use the drug in the treatment of certain symptoms. These patients are reportedly persons in their 60s and above. Some suffer kidney failure and need to manage constant pain, but cannot take prescribed pain killers. Also coming up to discuss medical cannabis are patients in their 90s who need something that will calm them to sleep, but won’t use prescribed sleeping pills for fear of their side effects. Medical cannabis is now increasingly used for pain, anxiety, and insomnia.

The use of medical marijuana in adults over the age of 65 is slowly rising as some physicians recommend its use in their daily practices.

An increased interest in the use of this drug among seniors has been brought about by many factors. One of them is a decline in the stigma that is linked to cannabis.

Medical cannabis has worked well with the seniors but is expected to have some side effects such as an increase in heart rate. Despite this, the trend is moving towards greater acceptability of the substance in the larger society.